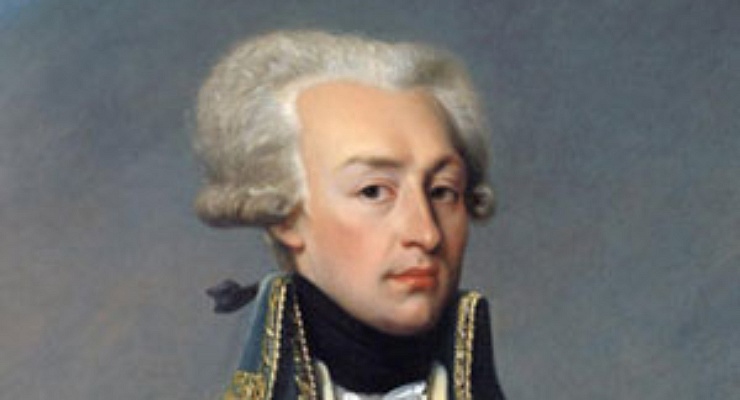 Surrounded by high prairie grass and wild animals, the first settlers of Breese arrived by way of the Goshen Road, which passes through the north part of the township. The first two land entries were those of George Green and Joseph Johnson during the year 1816 . Other settlers soon arrived and developed toll bridges across the Shoal Creek waterway. A store and post office was developed at the Toll Bridge on Old State Road in the year 1822. 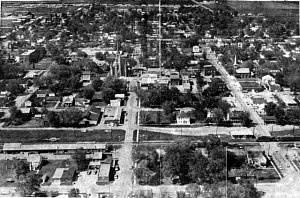 German farmers began to settle in the area around 1835. The prairie land settlers battled malarial diseases which thrived in the poorly drained flatlands. The worried farmers built crosses on their properties in the hopes of protecting their families from disease. Some of these crosses still stand today.

Growth was slow for Breese until the completion of the Mississippi and Ohio Railroad in 1855. The railroad brought new settlers and business for the area now that travelers no longer had to battle the enormous prairie land grasses which slowed travel. The town was laid out into twenty four blocks in February of 1855. The Shoal Creek Post Office was moved into the Robert Donne home, which was the first house built in the township.

Soon more and more businesses were developing in the township. Churches and schools were built as the railroad continued to bring travelers into Breese. A volunteer fire department, committee for town improvements, water works plant, and electric light & power plant were quickly developed to meet the needs of the population.

The chief justice – Sidney Breese – for whom Breese is named was an outstanding early national and state figure. Born in New York, he came to Kaskaskia, then the capitol of Illinois, and began to practice law in Jackson County.

Later, he became Assistant Secretary of State and helped move the state archives to Vandalia when it became the new capitol.

Soon, Breese moved to a farm north of Carlyle and in 1845, he moved to town to what is now the site of the Clinton County Museum.

Breese, the man, is still recognized all over the state of Illinois and in many other districts. As speaker of the Illinois House, Chief Justice of the state, and as a U.S. Senator, he had much influence. Probably his biggest legacy is the creation of the Illinois Central Railroad. 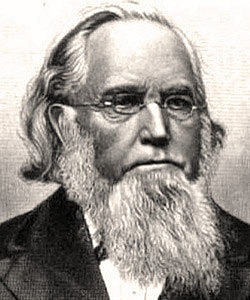 “When my last resting place shall be marked by cold marble, which gratitude of affection may erect, I desire for it no other inscription than this, That he who sleeps beneath it projected the Illinois Central Railroad”.

To Illinois, he gave the love and preservation of individual freedoms, the quest for industry, the thirst for knowledge, and the fairness of the law. His statue stands in Springfield.

Breese is indeed fortunate to have been designated as this great man’s living memorial.

The English pioneers left the Eastern United States which had become “too crowded” and established free, representative government –the counties, the township, the town, etc. They also insisted on free public education and designated a part of each township with a school building.

The Germans left dictatorships and hard times to plow the fields, establish dairy herds, and continue their trades. They were hard working, persevering and conservative.

These two nationalities created a settlement and instilled permanence, creating a village in 1856.

The City of Breese was incorporated under the laws of the State of Illinois on January 19, 1905. Breese has since continued growing and developing at a steady rate to its current population of 3,567 people. 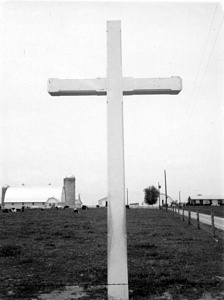 The Cholera Cross is located on the Germantown Road, just a mile south of Breese. It was erected after Henry Altpeter and his family were spared from the terrible disease epidemic in 1850. They watched their neighbors and friends overpowered by the disease. Altpeter “made a covenant with God” that if he and his family lived, he would make “a perpetual memorial on his farm, in the form of a large cross.”

Over 100 years have passed and several wooden crosses have decayed. In 1962, Mr. and Mrs. Joe Timmermann, the present landowners, erected a new concrete cross. The German inscription, translated to English, is the same as the original: By the cross is salvation.

Hundreds come to see the world renowned Cholera Cross, a thanksgiving for life.